Somewhere on I-95, maybe in Virginia, Maryland, New Jersey or New York, an exasperated commuter, stuck in traffic for the umpteenth time this month, fiddles with an iPhone — no email, no Facebook notifications, no Tweets — and then Googles… what?

The Population Reference Bureau has a very nice data finder tool that easily produces tables and maps from Census data, as well as comparative data for many countries. Here’s the map showing average commute times for U.S. states, as reported by the 2009 American Community Survey, in minutes: 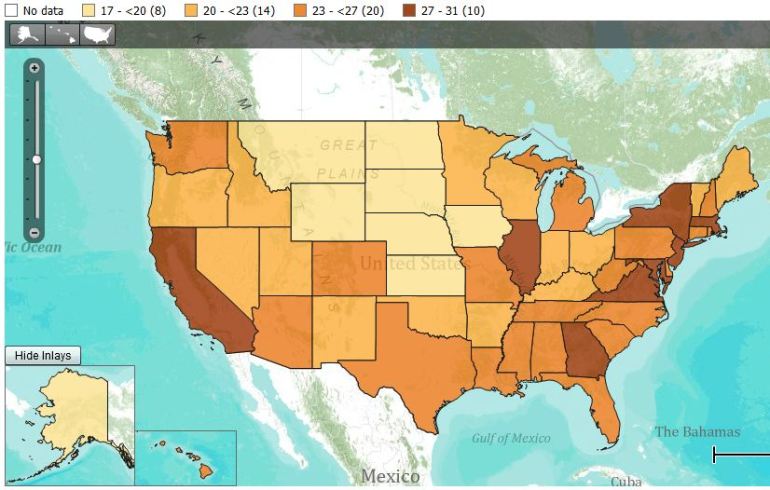 And, since you can easily output a state table, I couldn’t resist uploading the data to Google correlate and giving it a spin. This yields the 100 Google searches that most closely follow the same state pattern — common in the long commute-time states (NY and MD tied for #1 at 31 minutes), uncommon in the quick-commute states (17 minutes in the Dakotas and Montana).

We don’t know these terms are things people with long commutes (or their loved ones) actually search for, but it doesn’t seem crazy. I could imagine people stuck in traffic Googling these as well (all correlated higher than .85):

3 thoughts on “What do commuters Google?”