Let’s just stipulate that using a personal electronic device while driving increases the risk of an accident and should be avoided.

Let me just make sure I have the rest of the facts straight.

1. The total number of traffic deaths is at its lowest level since 1949, even as the population, number of vehicles, and number of miles driven have all increased radically.

2. The number of mobile phone subscribers has increased more than 1,000% since the early 1990s.

3. “Distraction-affected” crashes accounted for less than 10% of traffic fatalities in 2010.

4. Deaths attributed to drivers age 17 and younger have fallen by about half since 1990.

5. The National Transportation Safety Board “is recommending that states prohibit all drivers from using cellphones, for talking or texting.”

Here’s a visual on some of the trends, in one figure: 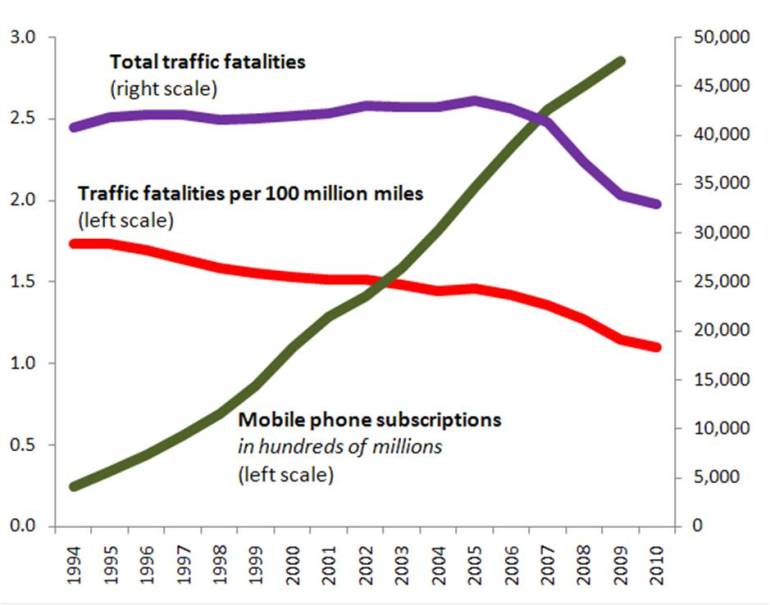 Here is my outrageous photo of the day (taken this morning, with my personal electronic device, while I was stopped at a light):

Pay no attention to the man behind the curtain. Here are my previous posts on this.