You can divide the reasons women earn less money than men do, on average, into three categories, in declining order or importance:

The first has to do with families and children. That has a large voluntary, or at least kind of voluntary, component (or it reflects hiring discrimination, which is hard to prove, prevent or punish under our legal regime). The third is illegal and sometimes actionable, as in the Lilly Ledbetter situation.

The second — occupational segregation — is a difficult hybrid. Segregation reflects both discrimination in hiring and promotions, and socialization-related choices, including in education. And it is wrapped up with divisions that may even be relatively harmless in a separate-but-equal kind of way — that is, not directly harmful, but contributing to the categorical divisions that make gender inequality more intractable. But the different pay in female- versus male-dominated occupations is a problem, well documented (see here and here) but virtually impossible to address under current law. 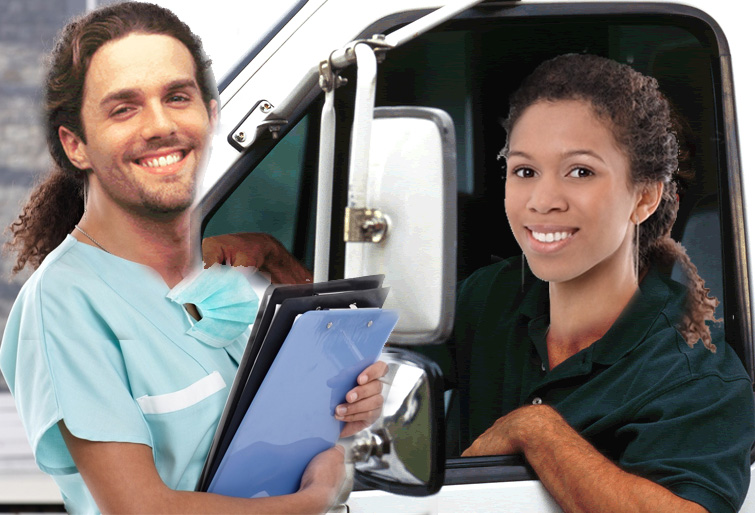 The government’s O*Net job classification system provides detailed descriptions of the qualifications, skills, and conditions of hundreds of occupations. The comparison between nursing assistants (1.5 million workers) and light truck or delivery services drivers (.9 million) is instructive for the question of gender composition. Using the 2009-2011 American Community Survey, I figure nursing assistants are 88% female, compared with 6% female for the light truck drivers. Here are some other facts:

To make a stricter apples-to-apples comparison, I took those workers from the two occupations who fit these narrow criteria in 2009-2011:

The typical argument for heavy truck drivers’ higher pay is that they spend a lot of time on the road away from home. But that’s not the case with the light truck drivers. They are more likely to work longer hours, but I restricted this comparison to 40-hour workers only. Here are comparisons of the O*Net database scores for abilities and conditions of the two jobs. For each I calculated score differences, so the qualities with bars above zero have higher scores for nursing assistants and those with bars below zero have higher scores for light truck drivers. See what you think (click to enlarge the figures). My comments are below. 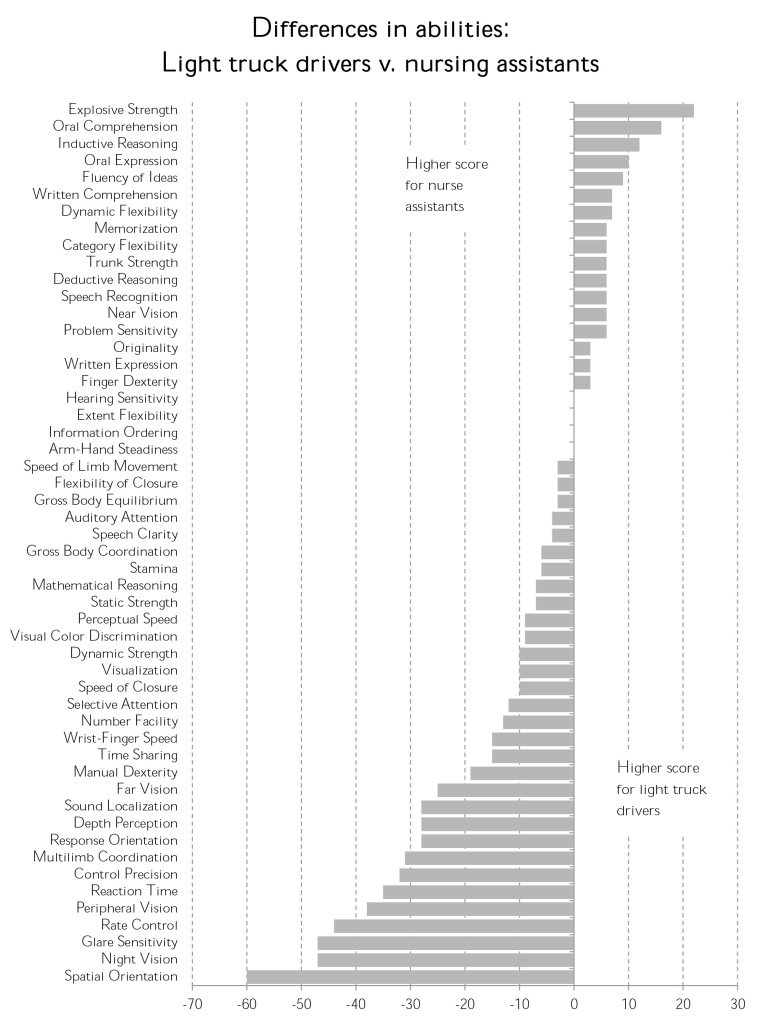 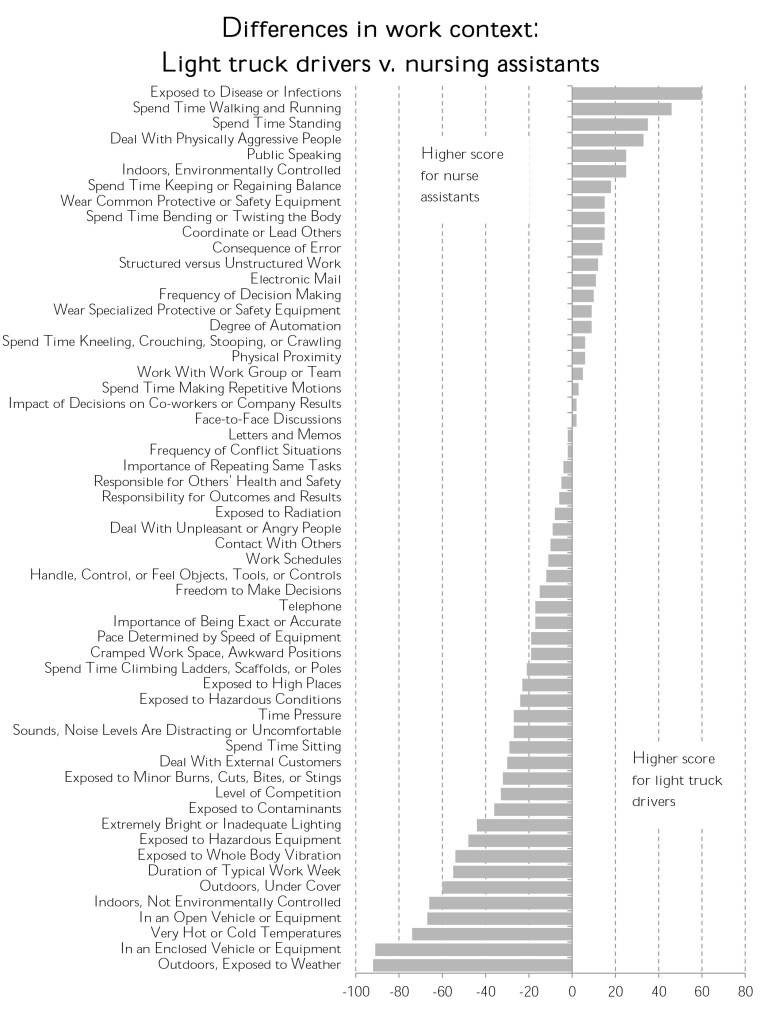 You can stare at these lists and see which skills should be rewarded more, or which conditions compensated more. Or you could derive some formula based on the pay of the hundreds of occupations, to see which skills or conditions “the market” values more. But you will not be able to divine a fair market value for these differences that doesn’t have gender composition already baked into it. And “the market” doesn’t make this comparison directly, because nursing assistants and light truck drivers generally don’t work for the same employers or hire from the same labor pools. You might see reasons in these lists for why women choose one occupation and men choose the other, but I don’t see how that fairly leads to a pay difference.

The only solution I know of to the problem of unequal pay according to gender composition is government wage scales according to a “comparable worth” scheme (the subject of old books by Joan Acker and Paula England, but not high on the current political agenda). Under our current legal regime no one woman, or class of women, can successfully bring a suit to challenge this disparity.* That means occupational integration might be the best way to break this down.

*One exception to this is the public sector in Minnesota, in which local jurisdictions have their pay structures reviewed at regular intervals for evidence of gender bias, based on the required conditions and abilities of their jobs (as reported by me by Patricia Tanji of the Pay Equity Coalition of Minnesota).

25 thoughts on “Gender devaluation, in one comparison”