A series of ridiculous data graphics posts from the NY Time Magazine, collected in one post (with crummy photo-pic renderings).

These are examples of the abuse of data graphic techniques to spread ignorance, distract people from anything of actual importance, and contribute to the perception that statistics – especially graphic statistics – are just an arbitrary way of manipulating people rather than a set of tools for exploring data and attempting to answer real questions. (If you are already convinced of this and just want to see awesome real graphics, I would start with Healy and Moody’s Annual Review of Sociology paper.)

First, an innocent graphic that merely wastes space and contributes nothing — it really communicates less than the 8 simple data points it has because the bats all over are just confusing and the points are in no order (who even notices that the number of segments each bat is cut into is the data point?): 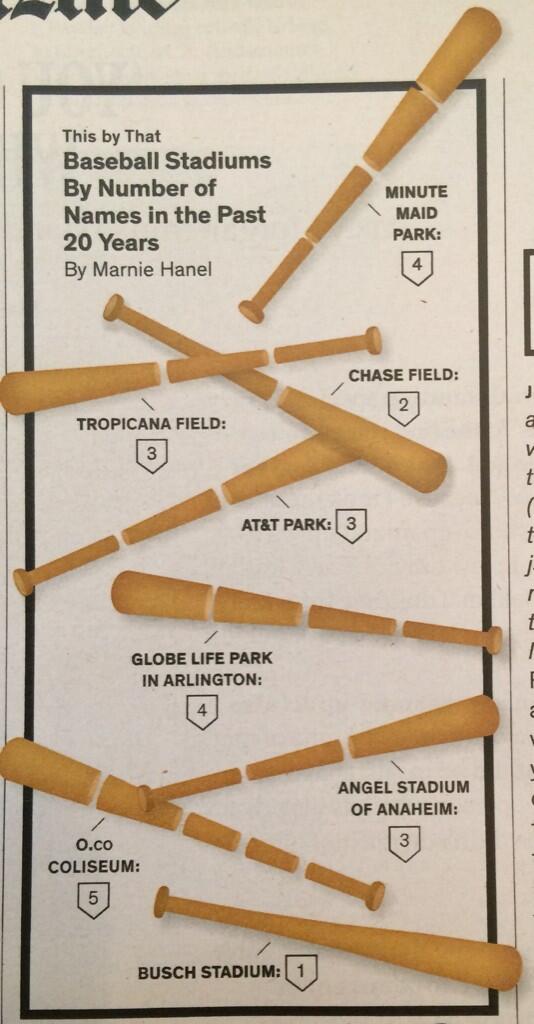 Maybe a little better, I suppose, is this one, where the number of trees shown at least corresponds to the data points. But you would still learn more, faster, from a simple list:

Here is an interesting mistake. I first thought these bars were out of order, but it turns out it’s just the top part of the bars that are out of order. If they were flat-topped bars it would be okay:

Here’s one that combines useless graphics with data that is itself completely misleading. These are the fees associated with different parks in NY City. But the units of time are different. What is the point of comparing the annual tennis fee to the hourly roller hockey fee? At least they didn’t make the cards different sizes to show this meaningless comparison more clearly. 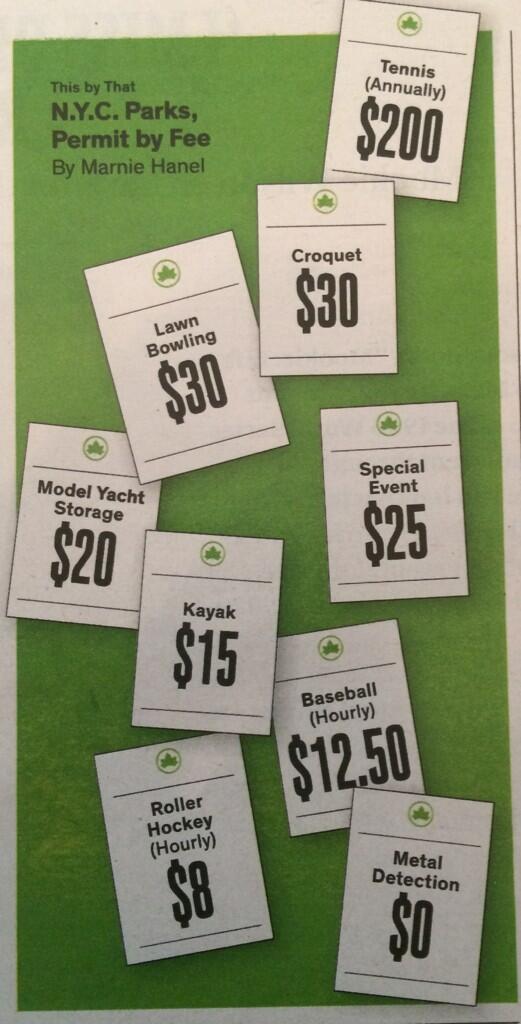 The magazine also does text “analytics.” These are on the letters page, and they show the type of letters received. This is interesting to sociologists, who sometimes try to find ways to categorize text. They make two errors here that render these meaningless or worse.

First, they sometimes present them in order – as represented by graphic elements – when the sentiments expressed are not in that logical order. Like this one, in which the dial and shading implies these are in some logical order, but they aren’t: 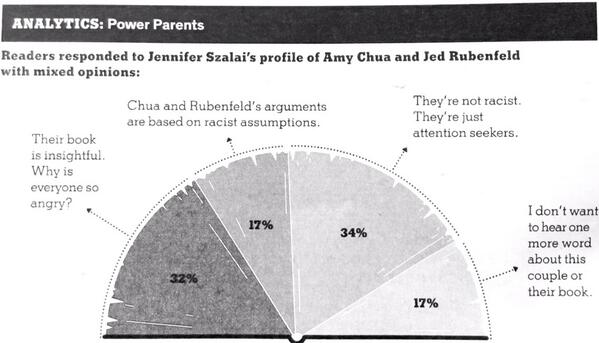 They also did that here, with the shading implying some continuum that is not present. (In this one, also, is it the proportion of the state’s area the determines the size of the cuts, or the angle of the cuts at the center?). Come on! 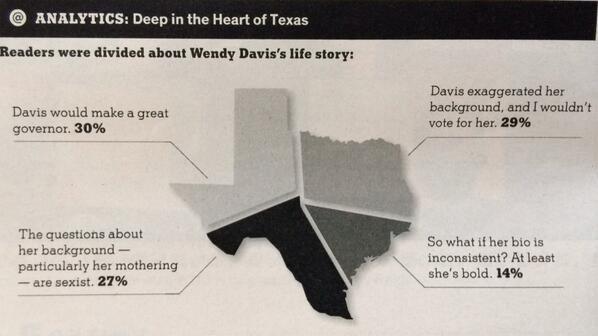 A final point holds for all these letter “analytics.” You really shouldn’t determine the number of categories you are going to use before you read the texts, “Here, go break these letters into four categories.” For the love of God, they don’t even have an “other” category, and always ways add to 100%.