Reader advisory: When I say “in one chart,” I never really mean it.

Updated with new chart at the end.

Because someone asked, here is the article count from Web of Science (an academic journal database with emphasis on science), showing the frequency of articles (of all types) according to the inequality-related phrases in their titles. This is obviously not an exhaustive list of work on these subjects, but I did want to show all combinations of race, class, and gender (click to enlarge). 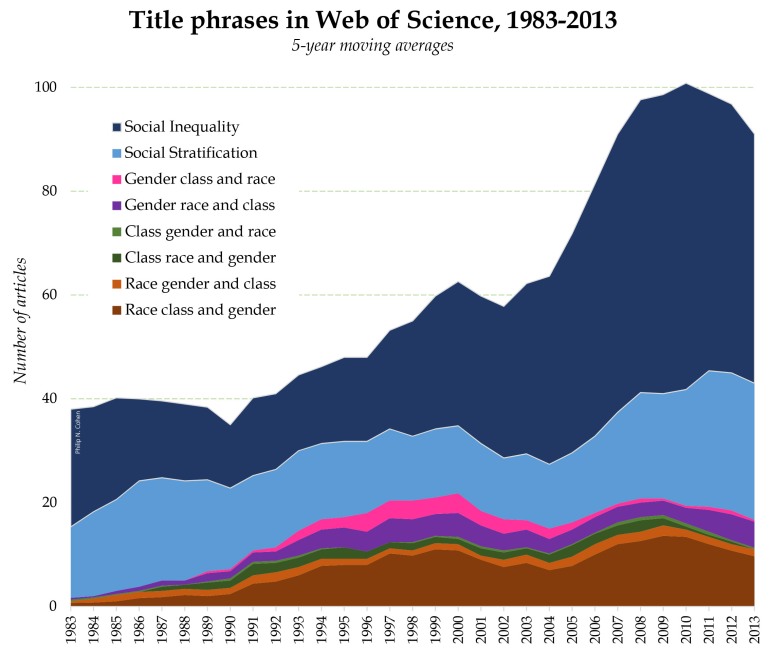 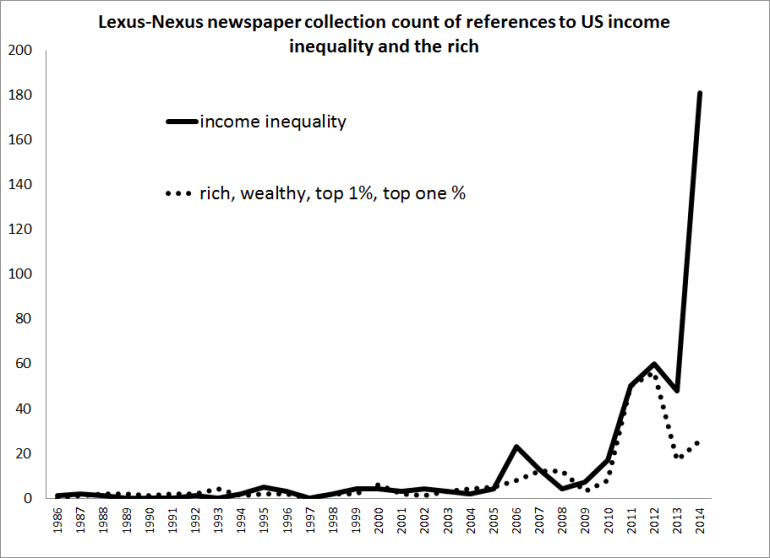 3 thoughts on “How (and how much) academics talk about inequality, in one chart”