7 facts about the gender gap, for #EqualPayDay

Well, actually, 7 fact-filled posts culled from the many I’ve written on gender inequality, so just call it lots of facts.

1. The gender gap is just one number.

But when you break it out into hundreds of numbers, it’s variations on a theme. This post shows the gender gap by education, kids, marital status, and hours worked. And then by college major. And then I show the distribution of women across 484 occupations, according to the gender gap within each:

But treating occupational differences as “choices” is at least half ridiculous, so controlling for occupation to get the “real” gender gap is at least half wrong. Of course people choose jobs, but they also take what they can get. So why call it “occupational choice”? For example, one of the most common “choices” to make before “choosing” to be a “retail sales supervisor” is “cashier.” Isn’t choice just a big ball of magical idiosynchronicity?

3. When you assume everyone “chose” their jobs, you miss this woman who was fired for being pregnant.

But the “occupational choice” people don’t notice this, because they’re too busy discussing the “professions” women “choose” and the subjects they major in for their advanced degrees. 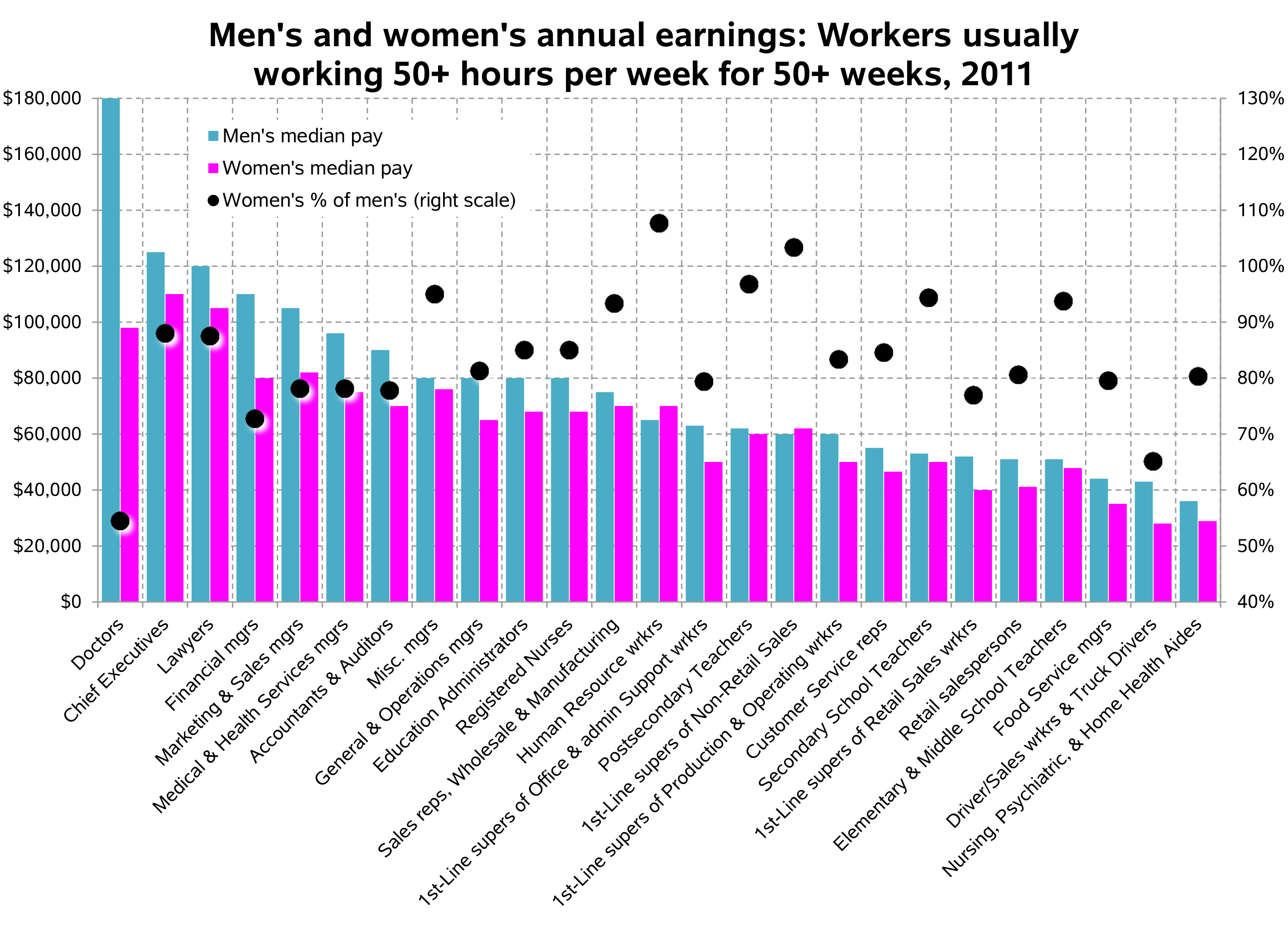 Because gender. Or maybe there’s some other reason, but I couldn’t find it in a long list of job abilities and working conditions. Among those in these two jobs who: are ages 20-29; are high school graduates only; worked exactly 50+ weeks and 40 hours per week last year; and were never married with no children; the light truck drivers earn 13% more.

6. Don’t just compare then and now.

Way too many people compare “then” and “now” without realizing that gender progress (on many indicators) stalled or slowed two decades ago. For example, as I described here, the percentage of Americans who “prefer a male boss” is lower now (33%) than it was in the 1950s (66%). Wow! But it’s barely lower than it was 20 years ago. Here’s the latest figure from Gallup: 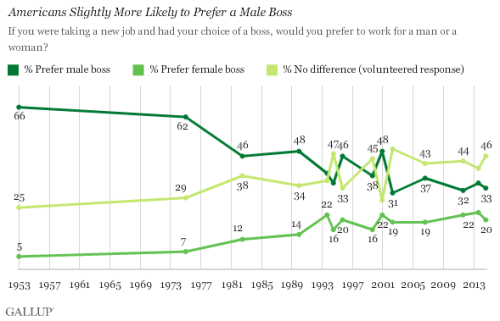 And, at the risk of jargoning you: intersectional. White women earn more than Black men. But at each educational level Black men earn more.

3 responses to “7 facts about the gender gap, for #EqualPayDay”