In 2015 the American Community Survey yields an estimate of 66,913 infants who have one Black parent and one White parent present in the household. (Either parent may be multiracial, too.)

What is the race of those infants? 73% of them were identified as both White and Black by whoever filled out the Census form. 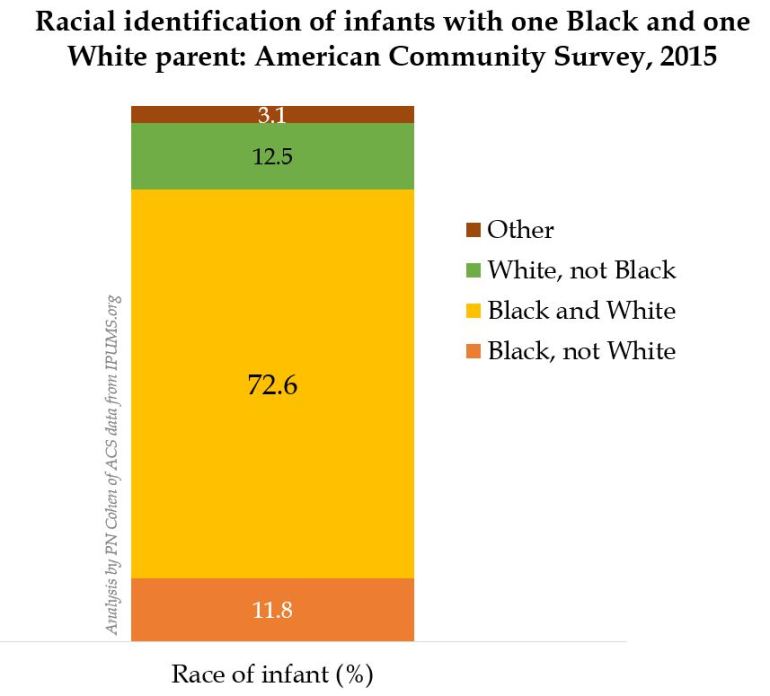 (Note “other” doesn’t mean they specified “other,” it just means they used some other combination of races.)

These are children age 0 living with both parents, so it’s a pretty good bet they’re mostly biological parents, though some are presumably adopted. This is based on a sample of 507 such infants. If you pooled some years of ACS there is plenty to study here. Someone may already have done this – feel free to post in the comments.

One thought on “How do Black-White parents identify their children?”