Breaking: 2018 is almost over (year-end report)

Thank you to everyone who read and responded this year.

These are some of the good things that happened in 2018 that may be of interest to blog readers. I was on sabbatical. A new edition of my textbook, a book of essays, and some papers came out. President Trump was compelled by a Federal court to unblock me on Twitter. The excellent Joanna Pepin finished her PhD, and other students made great progress. I was elected to ASA’s Committee on Publications.

On the blog, productivity was good this year, with visits up 14% to 330,000, on traffic to 49 new posts. Blogging lives. In the longer-format genre, I posted a number of working papers and preprints, and two had stand-out performances: One on divorce trends and one a review of Jonah Goldberg’s Suicide of the West (3100 downloads between them).

In the shorter-format genre, Twitter impressions were down 10% this year, to 23 million. After a surge in June following the President unblocking me, my impressions declined over the remainder of the year. Maybe the Twitter algorithm isn’t serving my tweets to as many people, or my tweets aren’t as good, or maybe I spent less time on Twitter.

On the blog, these were the top ten posts written in 2018:

1. Theology majors marry each other a lot, but business majors don’t (and other tales of BAs and marriage). Some data and a a suggestion for further research using college major and marital events data in the American Community Survey.

2. Mark Regnerus to be promoted to full professor at UT Austin. The University of Texas central administration overrode negative recommendations from both the Department of Sociology faculty and the College of Liberal Arts, to commit millions of dollars to Regnerus over the rest of his career. Bad decision.

3. Visiting Israel, with demography (this is not sustainable edition). Little-known fact about Israel: it’s population growth is unsustainable, in addition to everything else. I visited, got data, and took pictures. 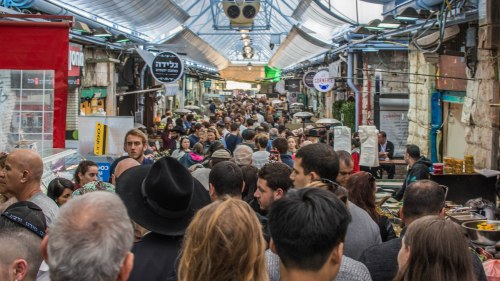 4. Campus sexual harassment coverage, UMD circa 2003. Revisiting an old story about a sexual harassment charge against David Segal, one of my sociology department colleagues. I’d like to think things would be reported differently now.

6. Trump Twitter suit argued in federal court. With the Knight First Amendment Institute and six other plaintiffs, I sued President Trump for blocking me on Twitter. After oral arguments in New York, I got to speak to reporters literally on the courthouse steps. (We won the case, he unblocked us, and the case is now under appeal.) 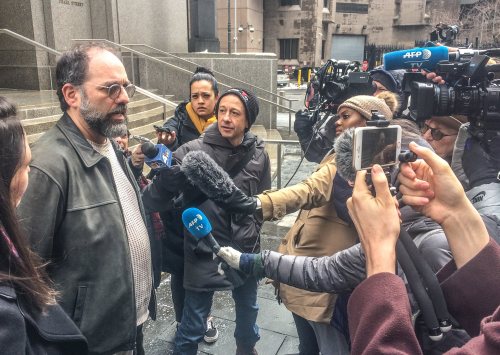 7. Notes for a review of “Cheap Sex,” by Mark Regnerus. A terrible book by an objectionable sociologist. The long version of my review.

8. Fertility trends explained, 2017 edition. Putting a marked US fertility decline in context, with figures and code. Conclusions: the economy is probably about to tank, and the U.S. fertility rate is still relatively high for our income level, especially for racial-ethnic minorities. I hope you listened to me and sold your stock back in May.