Gallup’s tracking poll asks people “whether they describe their political views as liberal, moderate or conservative.” They released state rates for these identities yesterday. It’s useful for people who need current data on political characteristics of states. This is their map:

I put the conservative-liberal gap, and the liberal-conservative gap, into Google Correlate, to see what searches are correlated with each index. The results are quite similar to the ones I got in September 2016 when I did this with 538’s predicted Clinton versus Trump margins. (Google doesn’t say exactly what period the searches cover.)

Google gives you the top 100 most-correlated searches with each index you upload. These are the ones correlated with the conservative-liberal difference, with my coding categories: 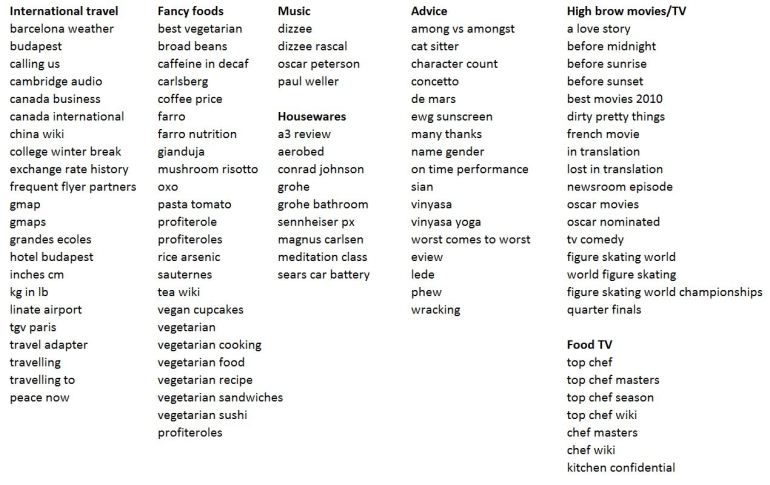 Google outputs the numbers as z-scores, each search term having a mean of 0 and standard deviation of 1. And once you get them for the two different sets of correlations you can merge them together to see, for example, the negative correlation between searches for Lost in Translation (liberal) and nativity scenes (conservative):

Or vegetarian food and cook steaks: 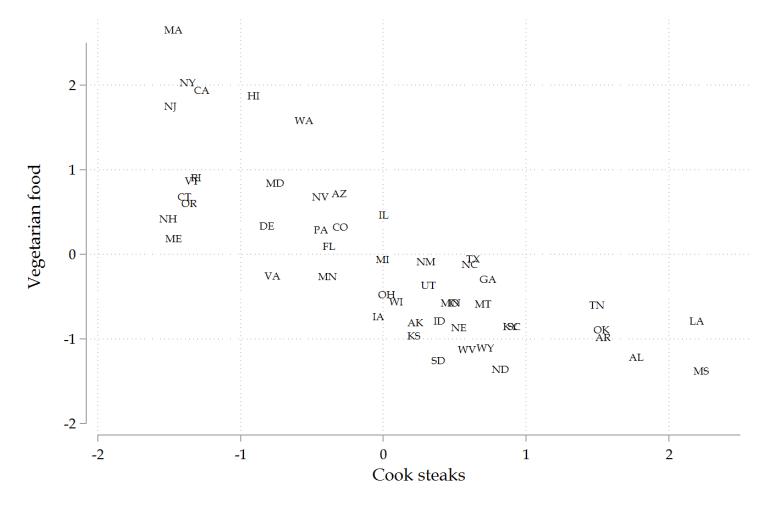 I did look at the “moderate” rates, and they yielded a bland list with nothing remarkable — things like “men’s volleyball shoes” and “print screen.” Also, Google couldn’t find a lot of search terms highly correlated with the “moderate” prevalence, the top correlation was only .73, versus .90-.92 for the liberals and conservatives. The average state is 36% moderate but the category seems to mean little.

Anyway, I love this stuff. You can see a whole series of these under the Google tag.