First, very happy I finally learned how to make this kind of chart in Stata (thanks to a tip from Stephen McKay). These are the top 20 boys’ and girls’ given in the US last year, compared with how they did in 2018. 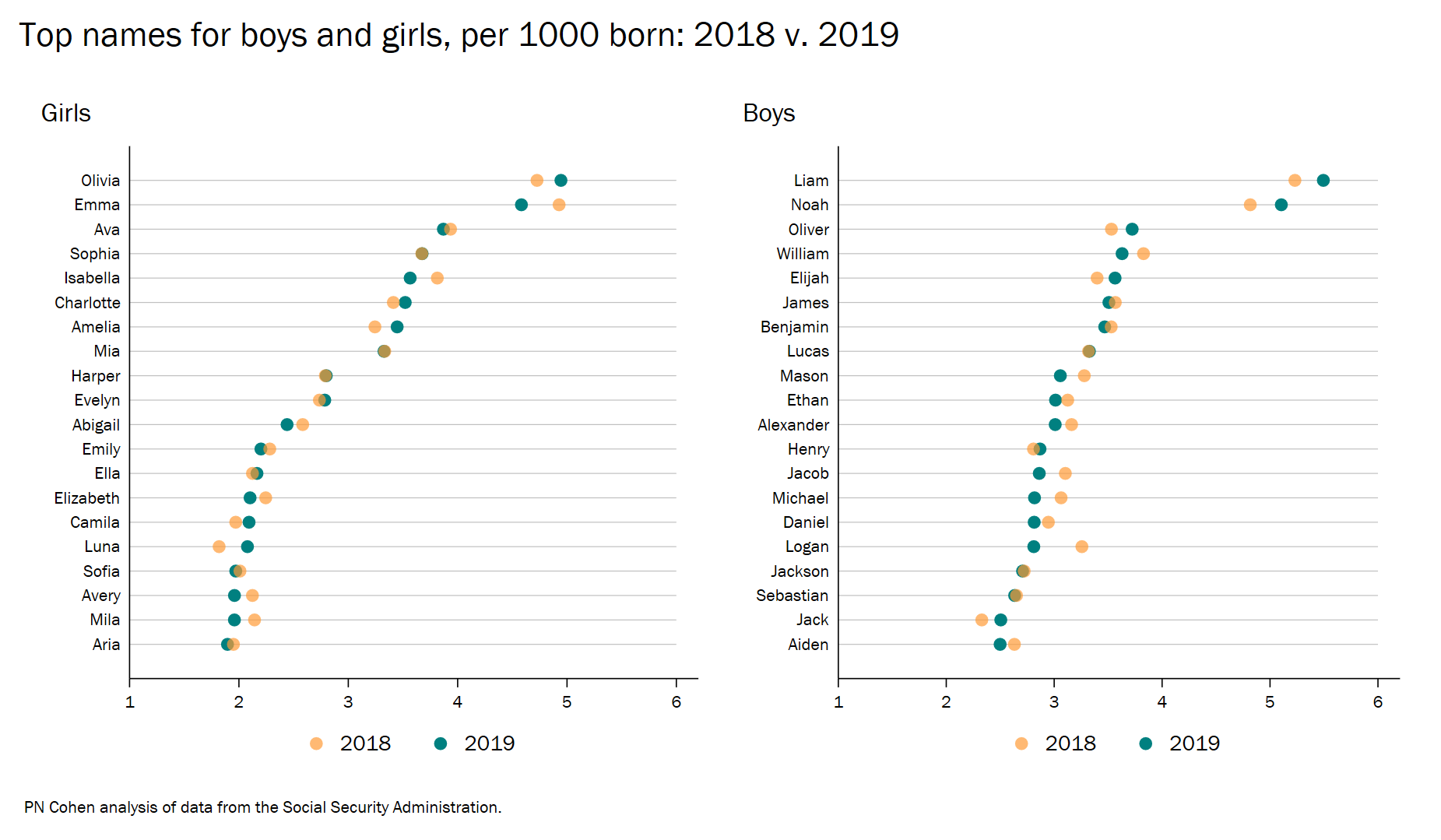 Liam and Noah still running away with the top spots for boys, while traditional names like William, Alexander, Jacob, Michael, and Daniel lost ground. Surprisingly little change among girls. (If you want to make these, you can look at my code here, just ignore the messy data stuff and look at the figure code at the end).

Next, updating some trends to watch.

First, what happens when a giant monopoly storms in and takes over a perfectly nice name enjoying a healthy run among semi-popular names: Alexa. Alexa got up the #43 position in 2009, possibly got a bounce from early Alexa talk around Amazon (which started in 2014), and then was destroyed by becoming a household name. Reminded by Kieran of another disaster, with a different etiology — Hillary — I combined them here: 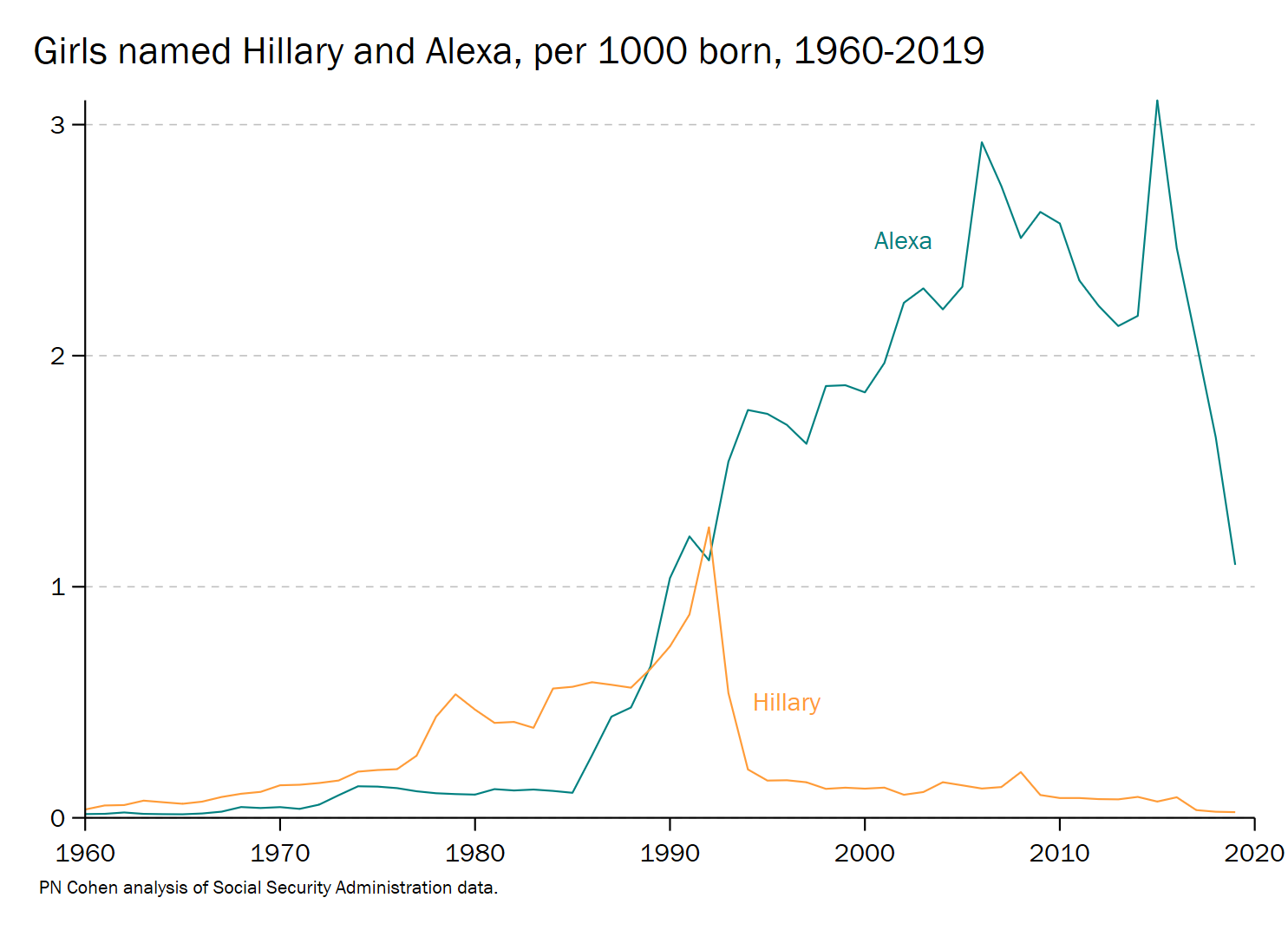 On a percentage basis Hillary had a worse slide, but Alexa has further to fall, and she’s already down 65% in four years. Alexa, get me a nickname.

Quick update on the tension you all know you feel between Ivanka and Melania, this year I’m happy to say they can share a common bond over their names having both peaked in 2017 at under 300 each. For comparison, and just to rub it in, I added the trend for Malia as well: 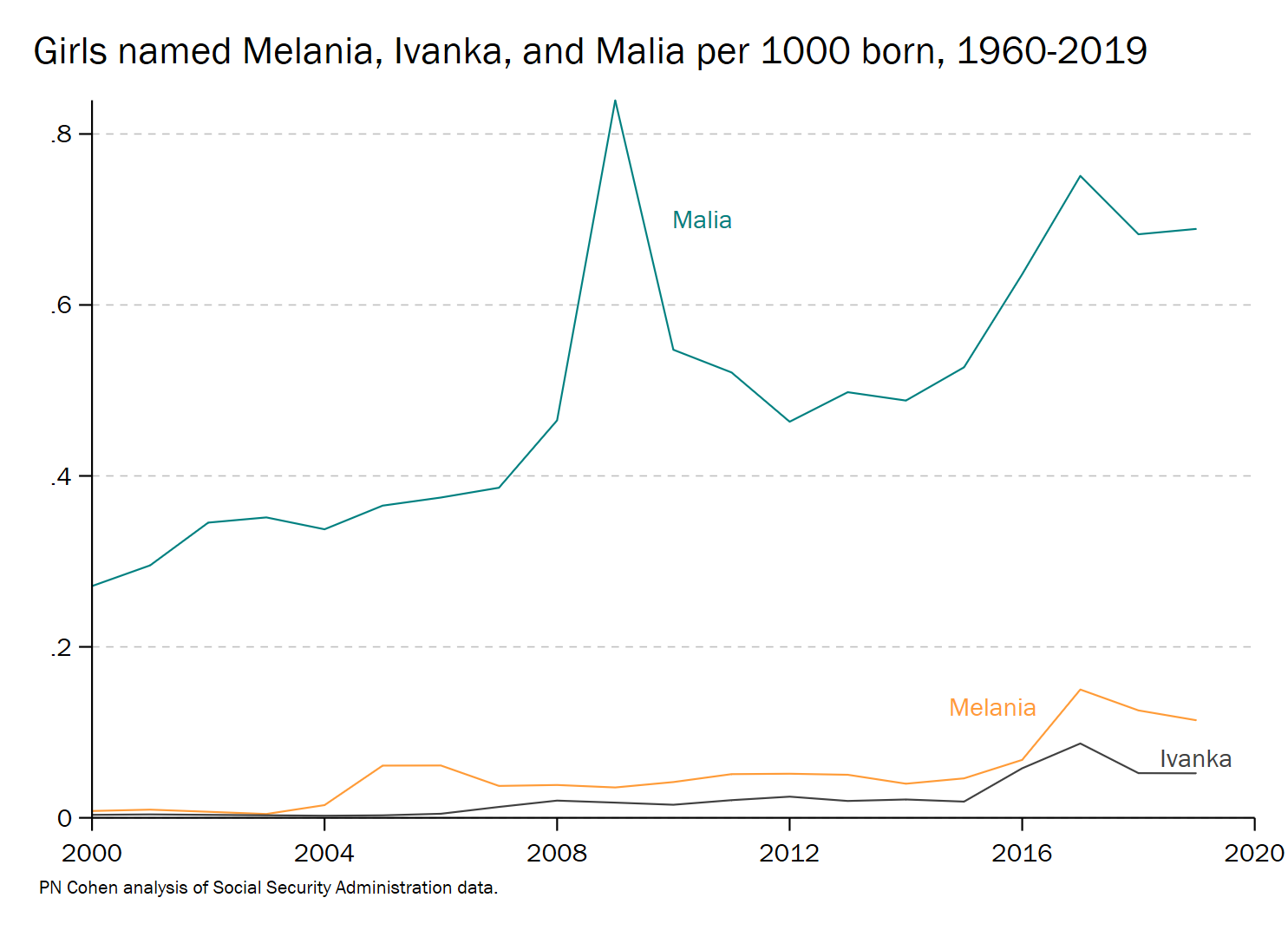 Donald, on the other hand, was not ruined by the president who ruins everything he touches, but rather is just being ignored — his least favorite experience — with steady fall apparently unaffected by his omnipresence. 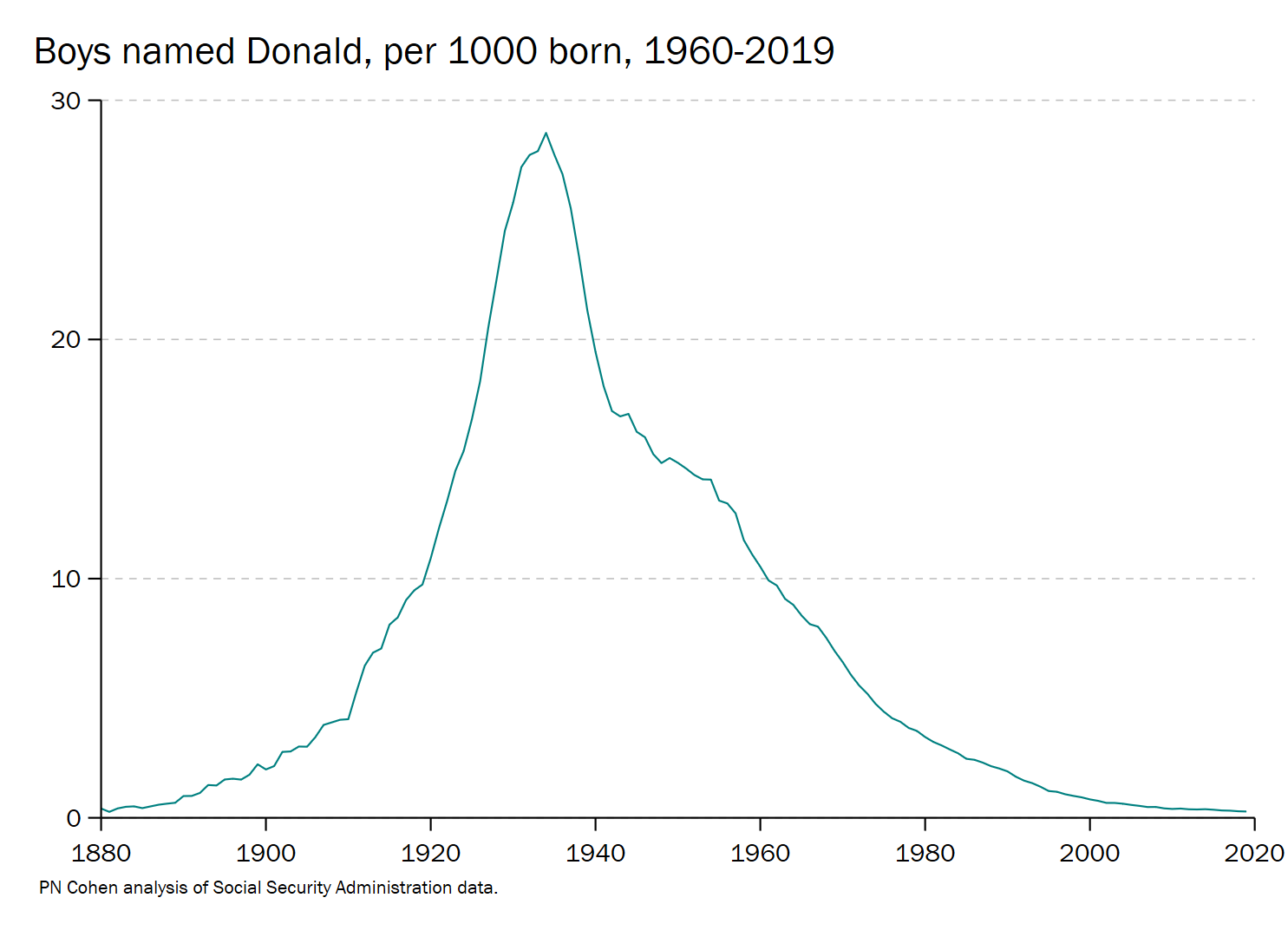 All the people who claim to love the Donald don’t really want their boys to be him, they want to be able to hide their deplorable allegiance from polite society when the shit goes south. No loyalty. 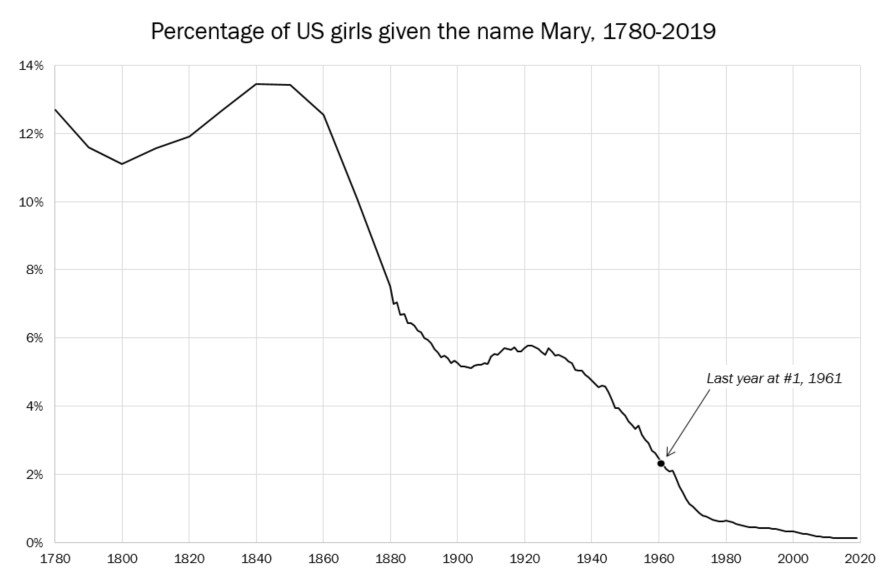 On the plus side, Mary will be glad to hear that her nemesis Nevaeh, is also on the way down, having lost half her number since peaking at more than 6000 girls in 2010.

Data and code for this project are on the Open Science Framework, here.