[Update: California released revised birth numbers, which added a trivial number to previous months, except December, where they added a few thousand, so now the state has a 10% decline for the month, relative to 2019. I hadn’t seen a revision that large before.]

Lots of people are talking about falling birth rates — even more than they were before. First a data snapshot, then a link roundup.

For US states, we have numbers through December for Arizona, California, Florida, Hawaii, and Ohio. They are all showing substantial declines in birth rates from previous years. Most dramatically, California posted December numbers, and revised the numbers from earlier months, now showing a 10% drop in December. . The state’s overall drop for the year is now 6.2%. These are, to put it mildly, very larges declines in historical terms. Yikes. One thing we don’t yet know is how much of this is driven by people moving around, rather than just changes in birth rates. California in 2019 had more people leaving the state (before the pandemic) than before, and presumably there have been essentially no international immigrants in 2020. Hawaii also has some “birth tourism”, which probably didn’t happen in 2020, and has had a bad year for tourism generally. So much remains to be learned. 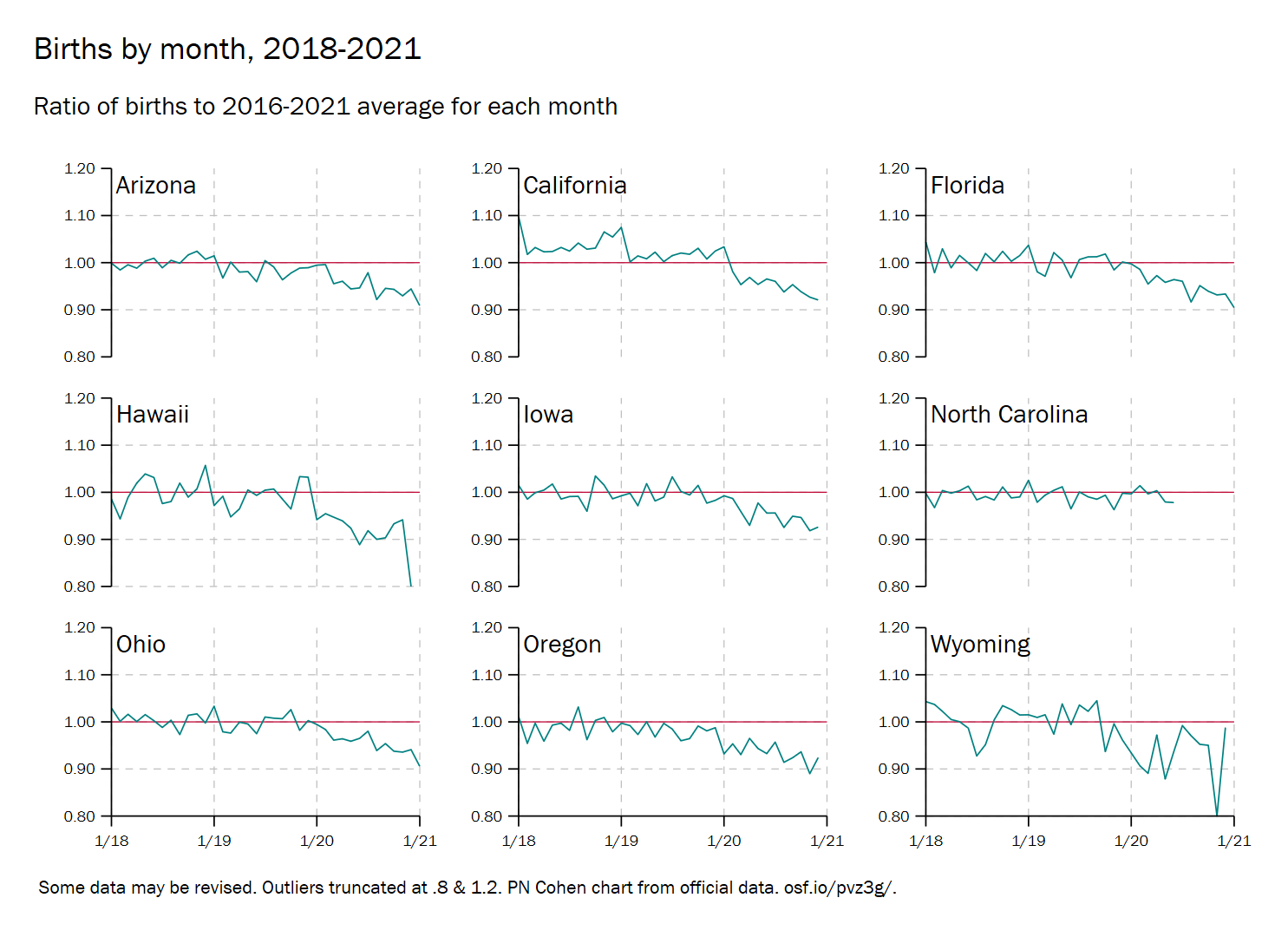 From the few non-US places that I’m getting monthly data so far, the trend is not so dramatic. Although British Columbia posted a steep drop in December. I don’t know why I keep hoping Scotland will settle down their numbers… (updated Feb 18):

Here are some recent items from elsewhere on this topic:

The data for this project is available here: osf.io/pvz3g/. You’re free to use it.

For more on fertility decline, including whether it’s good or bad, and where it might be going, follow the fertility tag.

Acknowledgement: We have lots of good conversation about this on Twitter, where there is great demography going on. Also, Lisa Carlson, a graduate student at Bowling Green State University, who works in the National Center for Family and Marriage Research, pointed me toward some of this state data, which I appreciate.