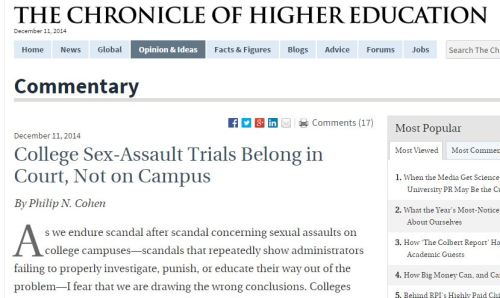 I have an op-ed in the Chronicle of Higher Education titled, “College Sex-Assault Trials Belong in Court, Not on Campus,” and there’s already a lively discussion in the comments. I would welcome your thoughts, on this site or that one.