Fortunately, the hotel we’re stranded at is only a few blocks from the Art Institute of Chicago. Tooling around the museum I was still thinking about sex dimorphism, especially this piece in Time where I referenced ancient art and this one where I compared depictions of Hercules. I have no expertise in art history, so file (or skip) these as random observations of someone interested in cultural depictions of gender.

I’m intrigued by the idea — recurrent in the comments I get — that because animation for kids exaggerates things, then it is obvious that it will include extreme dimorphism. It seems to me that extreme dimorphism is a more common ideal now than it was in lots of other times and places, which perplexes me. So, in the category of dimorphism they didn’t do in the old days, here’s a Greek jar from 500 BC that shows men and a woman fighting. The caption describes her as “a fair-skinned Amazon, or foreign female warrior.” 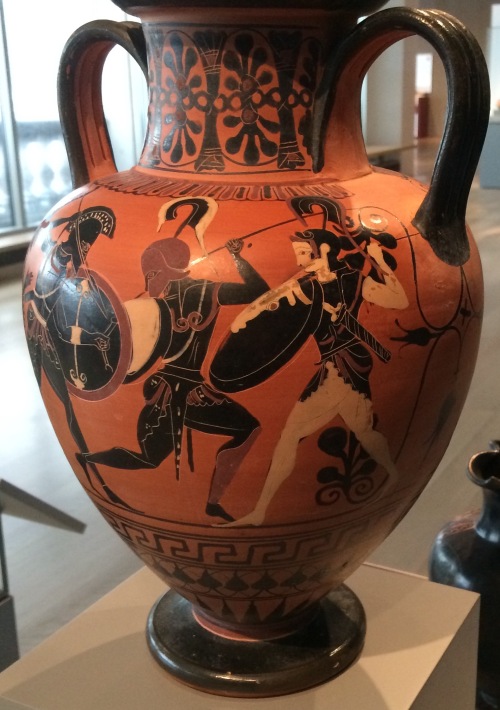 The woman warrior’s body is just about the same as the man’s. “Of course,” they’ll say, “it’s because she’s a warrior.” And this is just super realistic art that happens to be about a female warrior — with no implication for gender ideal types.

On a different subject, thinness in general, which of course is a historically-recent obsession. Here’s a nice example, an 8th century, Tang Dynasty, earthenware sculpture featuring a “matronly rider” with “ample proportions — conveyed by the folds of her flowing, wide-sleeved robe as well as by her plump cheeks and double chin,” which was “fashionable at the mid-eighth-century Tang court.” 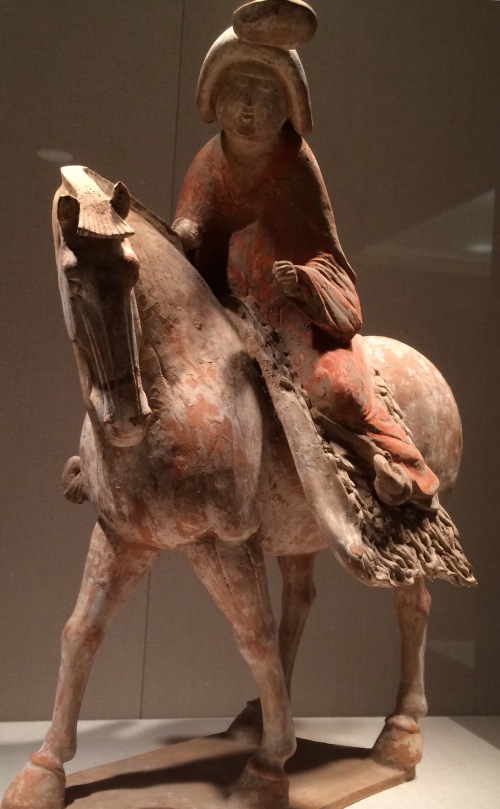 They don’t mention her tiny hands, also in fashion among Chinese elites, and possibly bound feet (footbinding is supposed to date from around this period).

The Art Institute is all about Impressionism, and there is a recurring theme among the French painters of little boys with long hair and dresses. Here is Jean Renoir, from 1899. The caption says the boy wanted his hair shorter but his father made him keep it long till school rules required him to cut it at age seven. 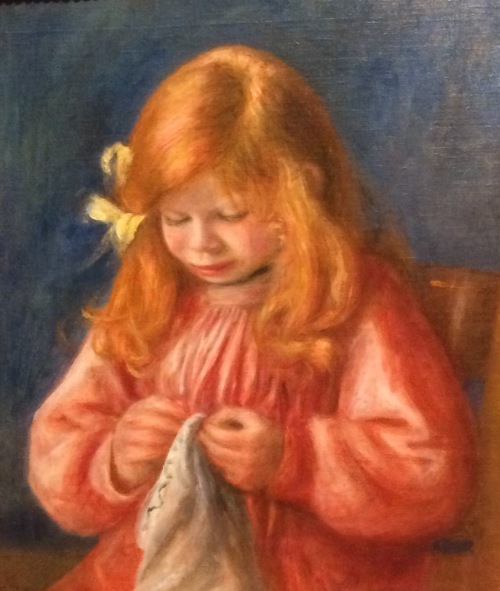 The caption doesn’t say whether he liked sewing.

Who knew Claude Monet also had a son named Jean? Here he is at age five or six, in 1873, playing hoop while his mother watches. The scene depicts the well-being of a period of “financial security” for the family, so it’s not like they couldn’t afford boy’s clothes. 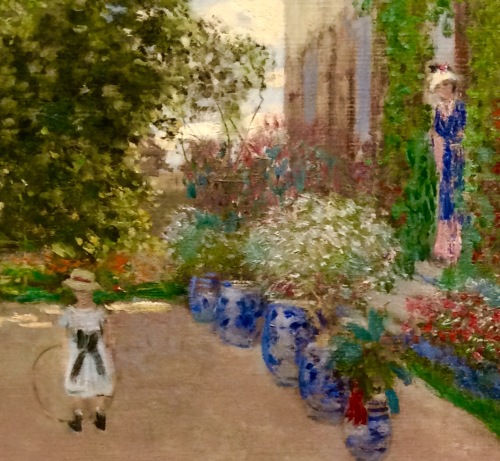 Finally, Camille Pissarro’s Woman with Child at the Well, part of a series “depicting peasant girls taking a break from their chores.” The model for the little boy was the painter’s fourth son, Ludovic-Rodolphe, who was four at the time. 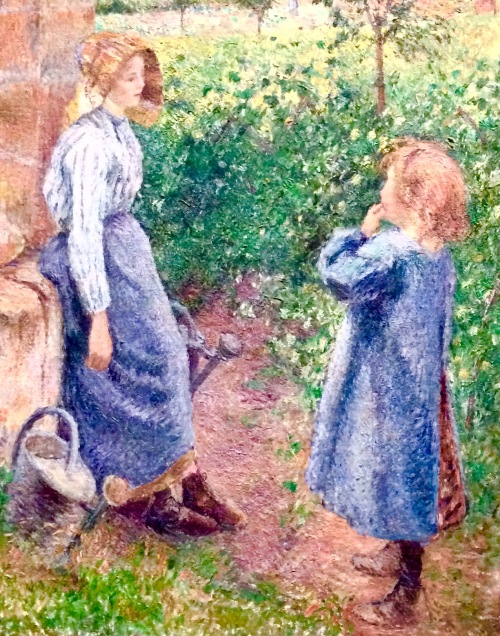 None of this is surprising to people who’ve seen this portrait of Franklin Delano Roosevelt at age two, in 1884: 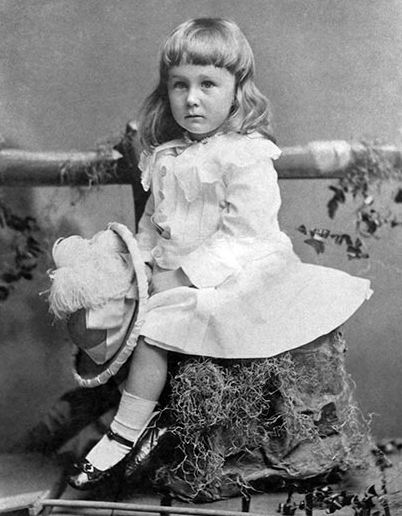 11 responses to “Off gender-script art”