As I go about my day, revising my textbook, arguing with Trump supporters online, and looking at data, I keep an eye out for easily-told data short stories. I’ve been putting them on Twitter under the label Now You Know, and people seem to appreciate it, so here are some of them. Happy to discuss implications or data issues in the comments.

1. The percentage of women with a child under age 1 rose rapidly to the late 1990s and then stalled out. The difference between these two lines is the percentage of such women who have a job but were not at work the week of the survey, which may mean they are on leave. That gap is also not growing much anymore, which might or might not be good. 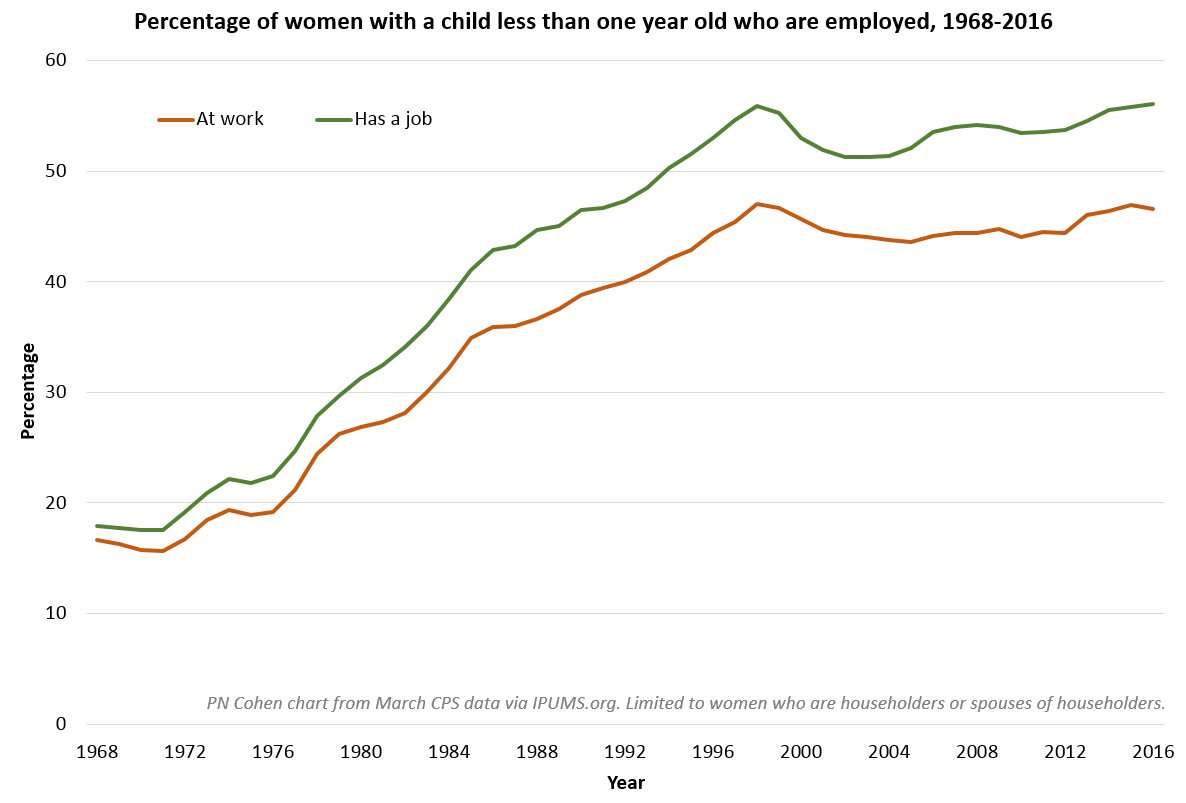 2. In the long run both the dramatic rise and complete stall of women’s employment rates are striking. I’m not as agitated about the decline in employment rates for men as some are, but it’s there, too. 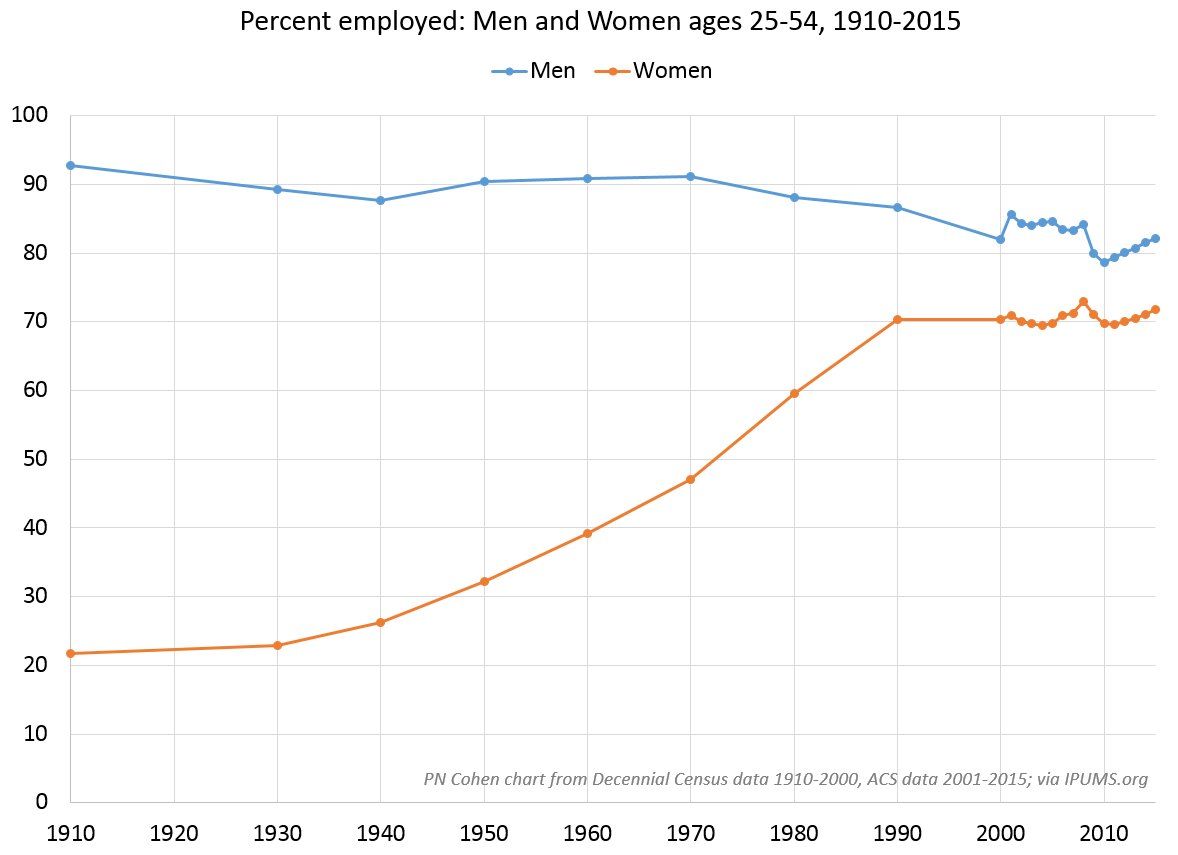 3. What looked in 2007 like a big shift among mothers away from paid work as an ideal — greater desire for part-time work among employed mothers, more desire for no work among at-home mothers — hasn’t held up. From a repeated Pew survey. Maybe people have looked this from other sources, too, so we can tell whether these are sample fluctuations or more durable swings. 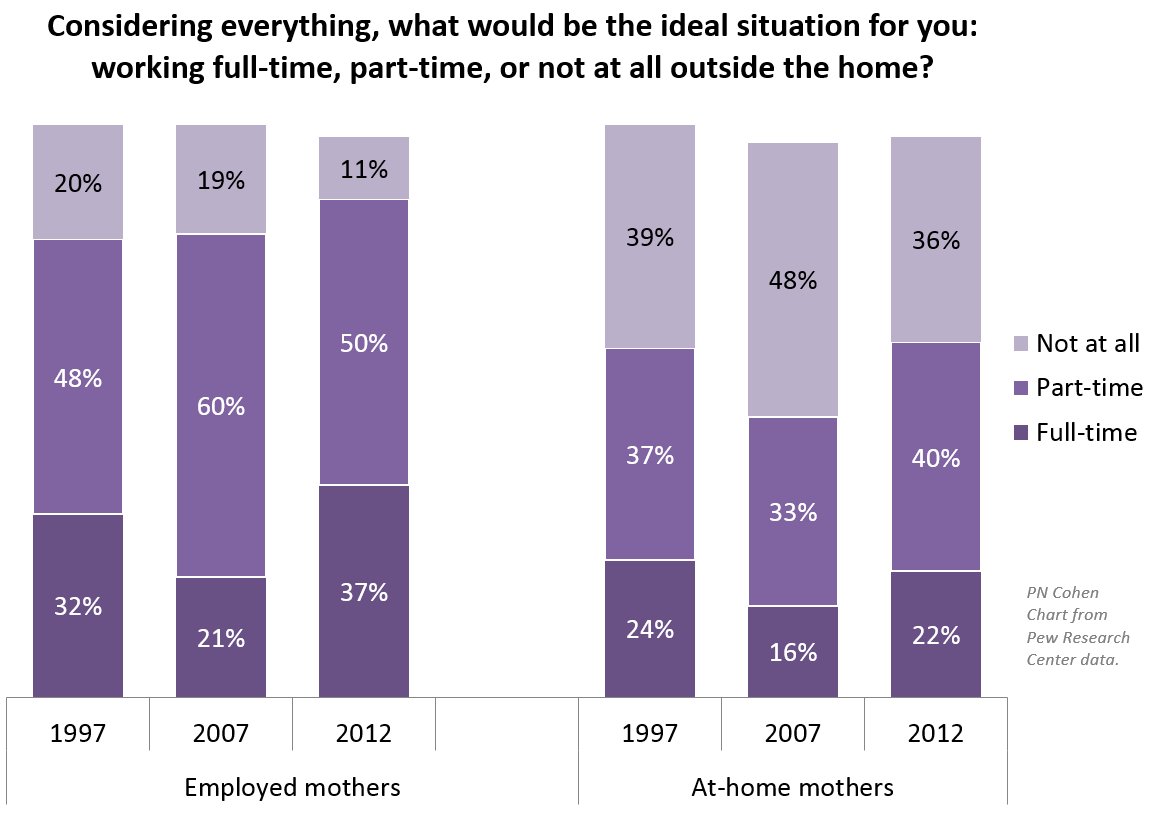 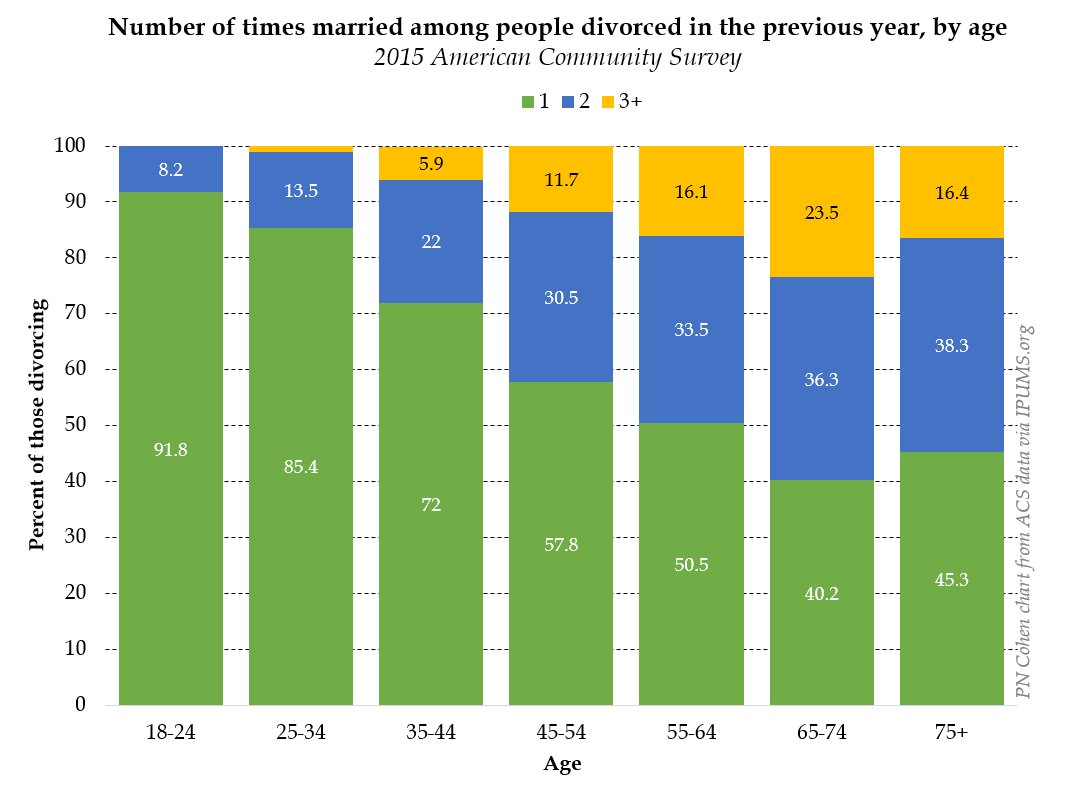 5. People with higher levels of education receive more of the child support they are supposed to get. 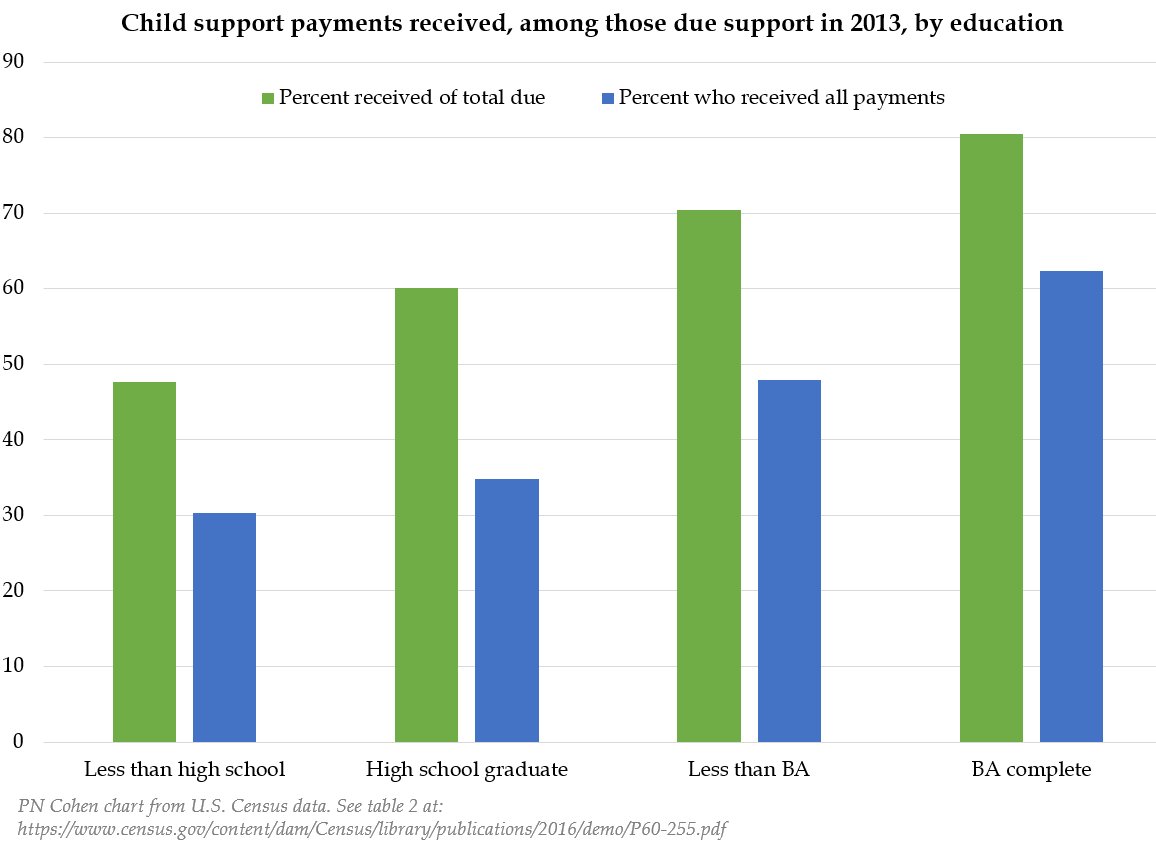