That thing you might have heard, about women’s work, income and property ownership — it’s not true. (And yes, I really am a feminist.)

If you’re a feminist you’ve probably seen this. You may have even repeated it: verbally, on your blog, on a flyer, on Twitter, in your book or an academic article. It goes something like this: “While women represent half the global population and one-third of the labor force, they receive only one-tenth of the world income and own less than one percent of world property. They are also responsible for two-thirds of all working hours.”

That’s how it appeared in 1984, on page one, in Robin Morgan’s introduction to the classic collection called Sisterhood Is Global: The International Women’s Movement Anthology. That’s more or less how it was tweeted by untold numbers of people a quarter-century later, on #IWD 2011 (a.k.a. International Women’s Day). And that’s how it was graphically presented in a slick Google video promoting IWD events this year.

But that wasn’t where it started, of course.

Where did it come from?

I don’t know what it is, but some concepts come to mind: meme, virus, legend. I’ll just call it it.

Usually, it is repeated without real attribution. But there are three bonafide sources offered by real scholars.

The Women at Work reference, the oldest of the three, occurs in an editor’s introduction. Unfortunately, the sum total of what it provides is this:

A world profile on women, using selected economic and social indicators, reveals that women constitute one half of the world population and one third of the official labour force; perform nearly two-thirds of work hours; but according to some estimates receive only one-tenth of the world income and possess less than one-hundredth of world property.

There is no information on the indicators used or their sources, or what is meant by “some estimates.” That is where the trail goes cold — the oldest source, completely unsourced.

However, in 2007 Krishna Ahooja-Patel, the editor over whom’s initials that editorial appeared, published a book called Development Has A Woman’s Face: Insights from Within the U.N.” In that book she attributes the formula to herself, and offers an unsourced sketch of the methods used, “based on some available global data and others derived by use of fragmentary indicators at the time, in the late 1970s.”

The figures used for the formula were: women were 33% of the world’s formal workforce, and they were “only on the low income level in the pyramid of employment,” where — even in those lowly jobs, based on data from “several countries” — they earned 10% to 30% less than men. Therefore, “one could assume that women’s income is only one-third of the average income of men.” Since they were one-third of the workforce, and earned one-third as much as men, their total income was .33 * .33, or 11%. (She rounded it down to 10%.) In short, a guess based on an extrapolation wrapped round an estimate.

What about the dramatic conclusion, that women “possess less than one-hundredth of world property”? She offers only this explanation: “if the average wage of women is so low, it can be assumed that they do not normally have any surplus to invest in reproducible or non-reproducible assets.” Hence, less than 1%. That’s it. In fact, she adds, “In reality the figure may be much lower.” 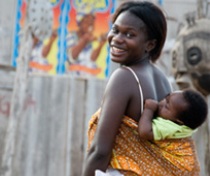 These things are hard to measure, hard to know, and hard to explain. Setting aside the problem that the data didn’t (and still don’t, completely) exist to fill in the numbers in this famous sequence of facts — the first and perhaps greatest problem is that we can’t easily define the concepts, which is part of the feminist problem. Even in 1970, how could women own only 1% of property, when most women were married and in many countries had at least some legal claim to their families’ property? Similarly, what claim did women who worked in homes and fields have to their husbands’ cash incomes? And what about socialist countries (which were a big deal back then), where a lot of payment was in the form of in-kind transfers, and where various forms of collective ownership were pervasive?

Underneath it all, the universal problem of accounting for unpaid, and underpaid, work. (This was one of the core insights that inspired the Decade for Women, and fueled its most progressive elements.) And so on.

So it’s too simple to say the famous facts are wrong. The burden of proof is not on us (me) to show they are wrong, but rather to point out that they were never demonstrably true, so we shouldn’t use them. (I’m not sure the truth will set you free, but I’m pretty sure this won’t, either.)

As an exercise, though, consider one of the facts. With a combination of arithmetic and basic knowledge of a few demographic orders of magnitude, it’s straightforward to conclude that, whether or not women only received 10% of the world’s income in the 1970s, they receive more than that now.

One of the potential negative consequences of this is also one of its attractions: The claim that, for all women do, they own virtually nothing, is a call to global unity for women. But it is undermined by the fact that a large number of women are — lets face it — rich. So if global feminist unity is to be had, it won’t be built on a shared poverty experience.

Why is this thing, which never had many legs to stand on, so pervasive even today, 33 years after it was devised? It has been used by legislators in South Africa, international universities, feminist NGOs, journalists, humanitarians, activists, sociologists, economists — and, amazingly, UN organizations such as UNIFEM and UNDP, speaking today in the present tense.

There is a great, much longer story here, that I hope I have forestalled investigating by getting this much off my chest. It has to do with access to information; and deference to, and cynicism about, statistical authorities — in the context of statistical and demographic (sorry to say) illiteracy; the relationship between feminism and science; and even the role of Twitter in social movements.

And debunking it won’t hurt feminism.